From organic beet to organic sugar

Interest in organic sugar is growing. That is why since 2019, the German division of the Cosun Beet Company in Anklam has been exploring the potential of the sugar beet for developing organic beet sugar.

Organic sugar production requires that the entire value chain is ecologically sustainable and certified. It starts with organic cultivation. Unlike conventional beet growing – in which growers can use various plant protection products and mineral fertilisers – the organic industry only permits untreated seeds for sowing, organic fertiliser, micronutrients, plant activators and mechanical soil cultivation. Consequently, organic sugar beet growers devote considerable time and effort to weed control. In the past, the manual removal of weeds with a hoe required around 70 hours of manual labour per hectare. Thanks to technical advancements in artificial intelligence and robotics, this no longer has to be done manually, which in turn reduces the amount of manual labour involved by 80% to 90%. There are currently two developments taking place in the area of robotics, one that is based on GPS technology (FarmDroid) and the other on camera sensors (Farming Revolution).

The FarmDroid is a solar-powered robot that first maps the field and then automatically sows the beet seeds in six rows. The robot remembers the exact location of each beet and later on, automatically weeds between the rows and along the rows themselves (between the beets). Since the robot allows for a few centimetres between the beets, the use of a hand hoe cannot be eliminated altogether. But more than 80% of manual labour can be reduced. However, improvements are still needed. For example, on days with little sun, the robot is not yet able to sow as effectively as desired. The Farming Revolution is a robot that removes weeds between and along the rows. The system is based on a camera and the use of artificial intelligence, so that the beets can be distinguished from weeds. This robot is currently undergoing further development and is not yet commercially available. As part of a project subsidised by the state of Mecklenburg-Vorpommern, the robot is being used and tested by one of our organic farmers at the Ahrensberg farm. 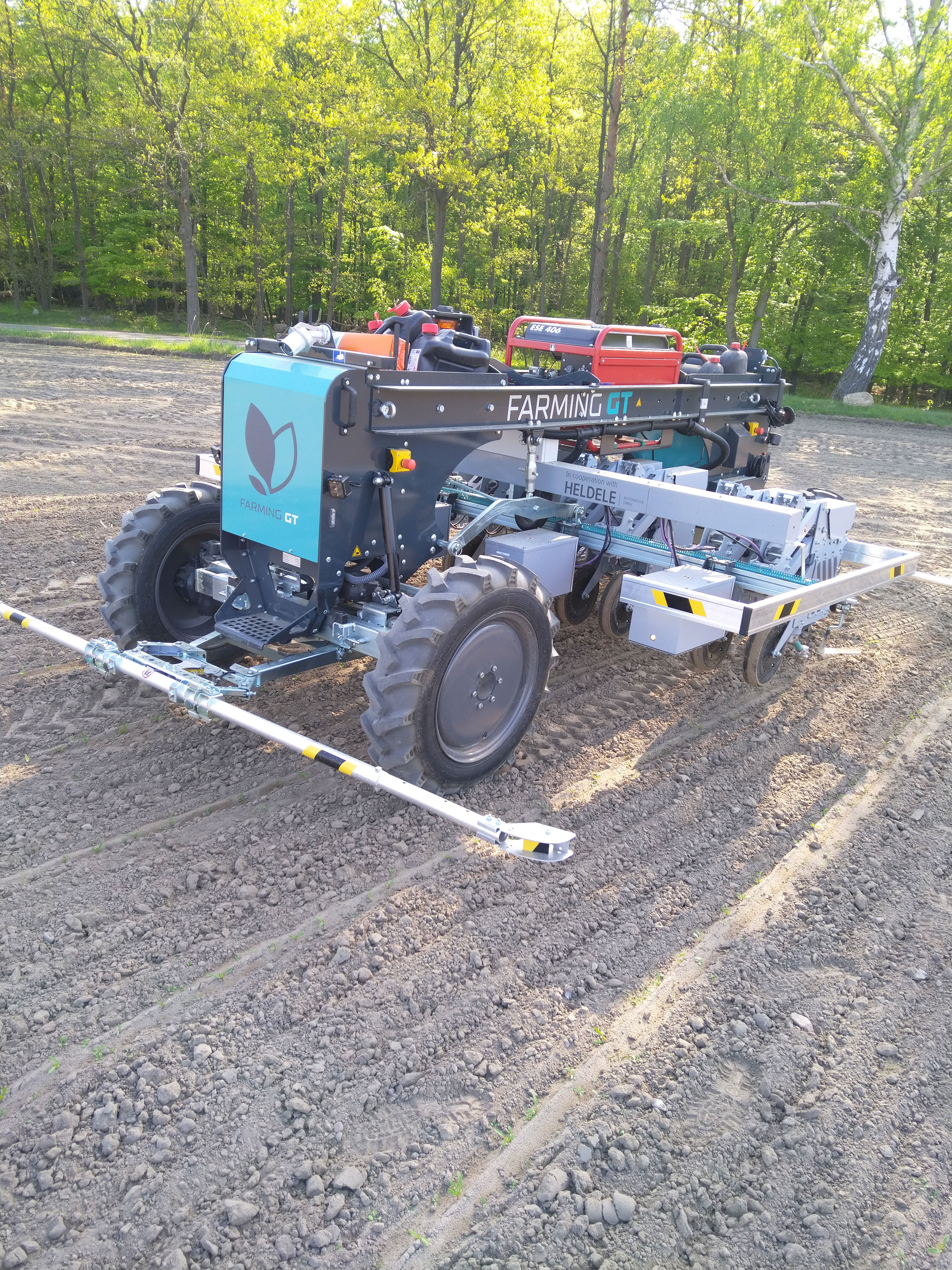 Apart from robotics, other technologies are also being developed, such as mechanical hoes attached to tractors and other methods that are being tested in practice. The agricultural machine sector is hard at work developing new technologies and exploring new innovations. On the research side of things, the Cosun Beet Company Anklam is also an important project partner in the region as a processor.

Thanks to the use of ever-evolving robotics and growing experience, organic beet growing is increasingly profitable for growers. The selling price per tonne is higher than that of conventionally grown sugar beets and the yield is also higher. In 2021, one grower in particular towered above all the others, achieving a yield of 82 tonnes per hectare.

The first organic beet campaign in Anklam is scheduled for 2023. Until then, the organically grown beets are transported to Switzerland by train, where they are processed into organic sugar. In April, the first tonnes of our Swiss-produced organic sugar will be available for sale, supported by the Dutch sales team. 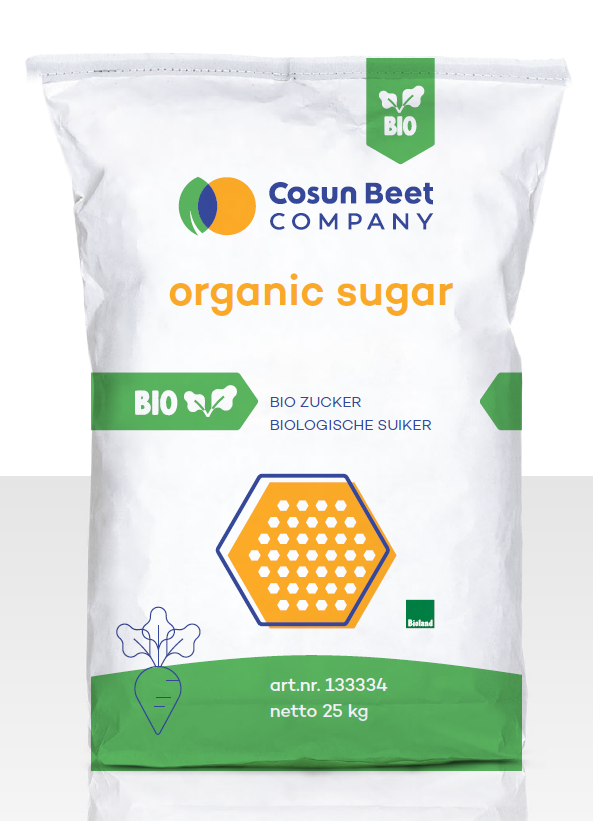 The first campaign for organic beets in 2023 will last one week. This campaign is possible because more and more growers are becoming convinced of the benefits of organic beet cultivation. In 2021, there were ten farms growing organic beet crops on 236 hectares, while the total acreage this year has already exceeded 500 hectares. Around 900 to 1,000 hectares will be planted for 2023. This should provide the Cosun Beet Company in Anklam with a yield of 6,600 tonnes of organic sugar. As a requirement for producing this sugar, the organic certification process has been completed. This certification requires a strict separation of the products until they are delivered to customers, which takes place all year round with organic sugar. In preparation for this, a new sugar silo is being built with a capacity of 20,000 tonnes, which will be used to store the organic sugar. A new packing facility will also have to be built. In Anklam, the smallest bag volume is 50 kg, while consumers prefer bags ranging from 10 to 25 kg. From the moment the product is processed and packed directly in Anklam, the packaging process also meets the sustainability criterion in that the organic sugar is packed in bags made of beet paper. This is one of the ways we are working towards a sustainable expansion of our range.